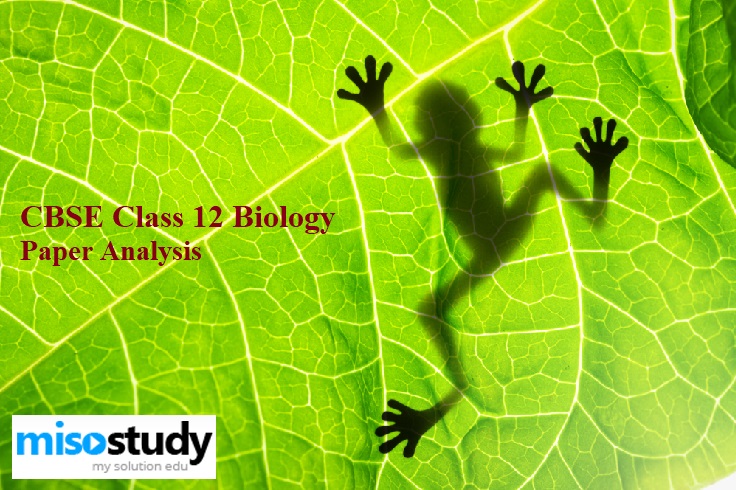 CBSE Class 12 biology board exam is over now. The exam was conducted from 10:30 am to 1:30 pm. The theory paper carried 70 marks weightage and covered 5 units. Biology is considered to be one of the toughest subjects to score. As per CBSE guidelines, the question paper contained 30% application based questions and 17% High Order Thinking Skills (HOTS) questions. These questions, while scoring, are also often tricky.

This year, CBSE has stuck strictly to the NCERT syllabus for each subject and hence any student who had studied the NCERT textbook thoroughly would be able to score good marks in the paper.

We talked to Mrs. Anita Chandel, HOD Biology, Army Public School, Delhi Cantt. About the biology question paper. She said that the paper had a good mix of direct questions, for average students. They will be able to score marks. Someone markers and sub parts of three marker and five markers were a bit confusing. Some students found the paper lengthy.

Surprisingly very few questions asked were based on diagrams, which is the essence of Biology. There was an inadequacy of content to write in certain two and three markers.

Students who had followed the instructions and had studied, every line in the NCERT book, would have found the paper is easy. Many questions were brain ticklers ensuring that students give a thought and understand before answering

As it is connoted as the board exam mantra "expect the unexpected", it had its share of unexpected questions but overall the paper was from expected topics.

Mrs. Anita Chandel called it a well-balanced paper, with difficultly level at par for an above average student. It reinforced the basic idea that one should study every line from the book and have concept clarity. It had a right mix of knowledge, understanding, analysis and application, but not too many students will be able to score cent percent as sub parts in three as well as five markers questions were tricky to nail.