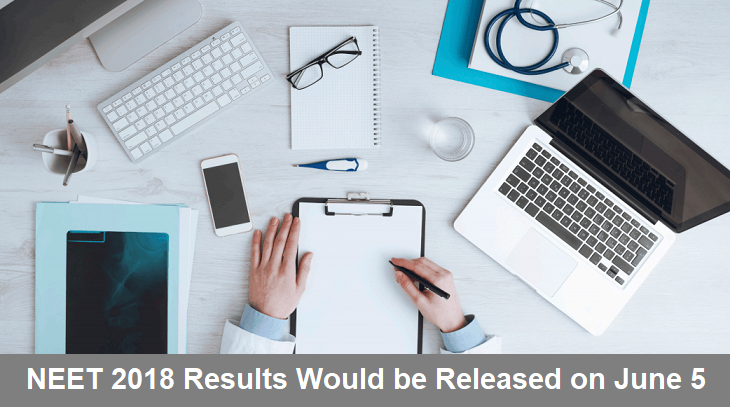 NEET 2018 Results would be released on June 5, 2018 confirmed by CBSE in the NEET 2018 information bulletin. Before the results, CBSE would be releasing the Official Answer Keys for NEET 2018 on the official website cbseneet.nic.in. Students would be able to raise objections on the provisional answer keys. CBSE would then release the final answer keys and results on cbseresults.nic.in and cbseneet.nic.in.
According to sources, The NEET 2018 answer keys will be release by May 25 or May 26. The board is then likely to accept objections on the answer keys by May 28. After the objections are raised and considered, CBSE is expected to release NEET 2018 results by June 5.

Last year, NEET 2018 results were delayed after students moved Supreme Court regarding the discrepancy in the question paper. This year, however, there is no such delay.


CBSE conducts the NEET UG examination for admissions to MBBS and BDS courses in the medical and dental colleges in India. The board would release the All India Merit List for the admissions under the 15% All India Quota. CBSE would also prepare and share a state wise merit list with the respective state authorities for counseling of Medical and Dental seats under the NEET 2018 examination. 85% seats in state government medical colleges are under this quote.
(from:timesnownews.com)