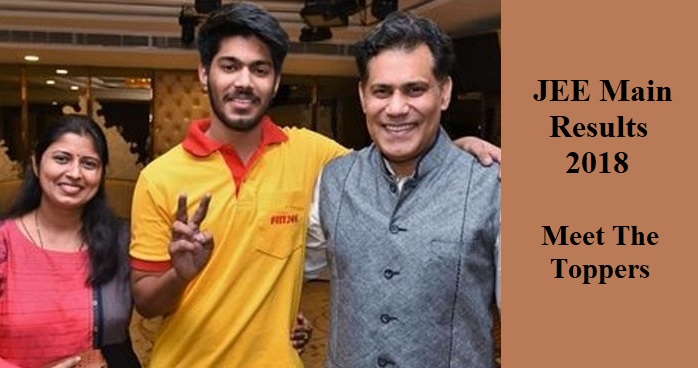 The results of Joint Entrance (JEE Main 2018) examination has been declared on April 30, 2018 at the official website cbseresults.nic.in. Around, 2,31,024 candidates cleared the JEE Main this year, successfully, which includes 1,80,331 boys and 50,693 girls. The successful candidates have to appear for JEE Advanced that will be held on May 20.

This year, Suraj Krishna from Andhra Pradesh secured the first position, followed by KVR Hemant Kumar Chodipilli and Parth Laturia from Maharashtra. Parth’s parents are doctors and Laturia has always been a bright student. The offline examination was conducted on April 8, 2018 and the online examination was held on April 15 and April 16, 2018.

Clearing the JEE main and advanced papers, the candidates can get through in Bachelor of Technology (BTech), Bachelor of Engineering (BE) and Bachelor of Architecture (BArch) courses. The exam is held in two stages — JEE main which is conducted by the Central Board of Secondary Education (CBSE) and JEE advanced which is held by different IITs every year. Earlier, the JEE Main 2018 answer keys were released on April 24, and the students check their answer keys till April 27.

Last year, the JEE main cut-off was pegged at 81 for general category, while the cut-offs for the OBC, SC and ST categories was at 49, 32 and 27 respectively. Also, this year, the IITs have decided to reserve seats for female candidates. As per reports, 779 reserve seats will be allocated in various IITs for female engineering candidates. IIT Kharagpur has 113 seats, IIT Dhanbad- 95 seats, IIT Kanpur- 79 seats, IIT BHU- 76, IIT Roorkee- 68, IIT Delhi- 59, IIT Bombay- 58, IIT Guwahati- 57.