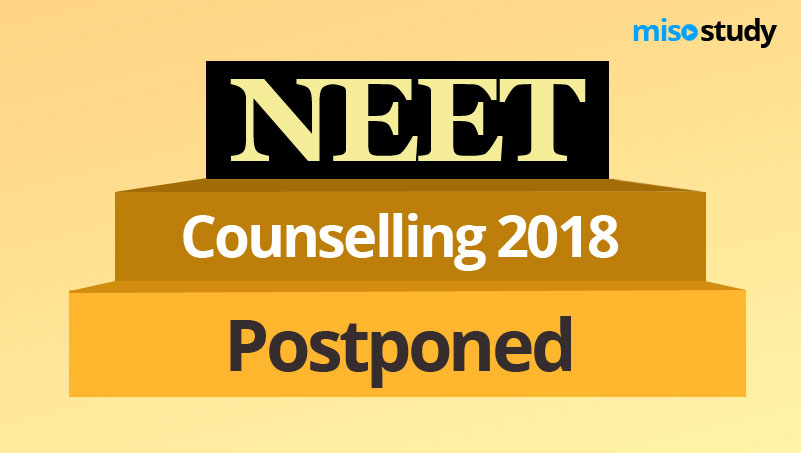 Medical Counselling Committee, MCC under the Directorate General of Health Services, Ministry of Health & Family Welfare has postponed the online NEET Counselling 2018 process yet again. NEET 2018 Counselling process under All India Quota is now scheduled to resume on or after July 31 as the Bombay High Court, which was previously supposed to announce its verdict on July 26, has now adjourned the Public Interest Litigation, PIL no. 87/2018 to July 31. Candidates waiting for the NEET UG Counselling to resume are advised to log on to mcc.nic.in on or after the said date.

An official notification on the website reads that Hon'ble High Court of Bombay Nagpur Bench has adjourned the PIL No. 87/2018 to 31.07.2018. Also, a disclaimer notice regarding fraudulent activities taking place in the name of medical admissions has been released. Touts and agents are apparently charging medical aspirant’s hefty sums of money by promising Management quota medical or dental seats in deemed universities.

MCC has reassured that the admissions are done strictly on the basis of rank obtained in NEET and merit prepared through MCC online counselling. MCC highly discourages and would not be considered responsible for any such fraudulent transactions, as per an official notification released on the official website, mcc.nic.in.

NEET Counselling 2018 was previously delayed due to Madras High Court’s stay order to grant 196 grace marks to candidates who appeared for NEET UG 2018 examination in Tamil language. Apparently, the translation of 48 questions had been incorrectly done from English to Tamil. Supreme Court, in a big relief to CBSE, stayed the Madras HC order over grace marks row.