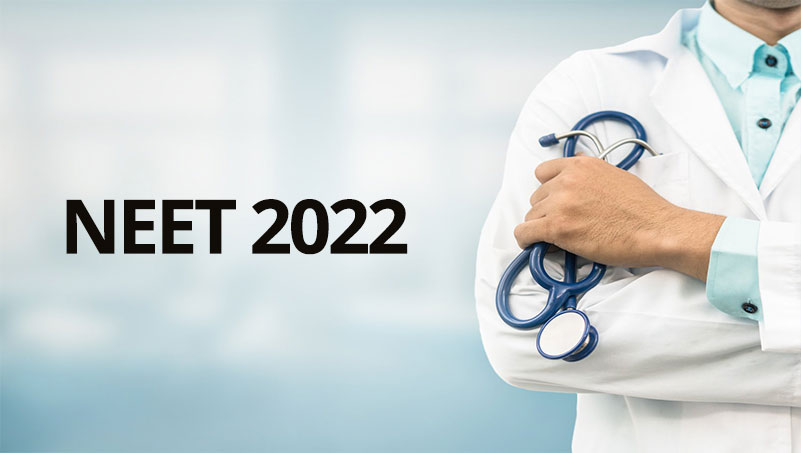 The National Testing Agency (NTA) concluded the National Eligibility cum Entrance Test, NEET UG 2022 on July 17. This year, over 18 lakh students have appeared for one of the largest medical entrance exams for students who are interested in taking admissions to undergraduate courses. As per inputs shared by the experts, the overall NEET UG 2022 was easy to moderate. Whereas, if we talk section-wise, then, Physics and Chemistry were easy to moderate, Botany was moderate to difficult and Zoology was moderate.
To make it easy for students, experts have shared a detailed analysis of all four sections of NEET UG 2022. Here are as follows:
PHYSICS
Difficulty level - Easy to Moderate
• Numericals dominated the paper with 60 percent, which is mildly less compared to the previous 2021 Exam.
• One Question in Physics based on the photoelectric effect had controversial language wherein stopping potential values were interchanged.
• Comparatively, tricky questions were asked in the chapter Oscillations.
• The physics portion was completely based on NCERT and no questions beyond NCERT were present.
• Comparatively tricky questions were found in Section B.
• Two questions were based on the Matrix-Match Type pattern, one in Section A and one in section B, demanding more time to solve the question.
• The paper was not lengthy, like last year, and should be easily completed on time.
CHEMISTRY
Difficulty Level - Easy to Moderate
• Most questions are based on NCERT statements, facts, and tables
• Statements are directly copied from NCERT without any changes
• Assertion Reason type of questions introduced in section A. Such questions demand deep clarity of concepts to answer correctly
• The question paper is dominated by theory-based questions having only 11 numerical
• One question is having a typo error leading to no match for the correct answer.
BOTANY
Difficulty level - Moderate to difficult
• A few questions are difficult and seem tricky
• Questions are from NCERT textbooks only
• Some questions are straightforward from the lines of NCERT textbooks.
• The majority of questions are factual in nature with a few concept-based questions.
• 2 questions are incorrect belonging to Living World and Anatomy of flowering plants
• The paper was quite lengthy as many questions were long statement-based statements, making it time-consuming.
ZOOLOGY
Difficulty Level - Moderate
• Zoology Paper was lengthy
• Certain questions appear to be easy at first glance but they are twisted and require precision and focus on the keywords.
• A surprising factor is a few questions from Biomolecules and Biotechnology and its Applications which are beyond NCERT
• Most of the Questions are from NCERT Textbooks.
• Chapters from Biotechnology have dominated strongly with 8 questions based on it.
• The paper is highly NCERT-centric, yet two to three questions appear to be interlinked and require a deep understanding of concepts.
(Content Source: indiatoday)